I had something else planned to write about but this just happened so I thought I would share.  L and O are sharing a room these days.  Most nights it is awesome; O feels secure and doesn’t visit us in the night, L gets to stay up a little bit later but goes to sleep knowing she isn’t alone.  A win-win.  Then there are nights like tonight after O did this in the afternoon: 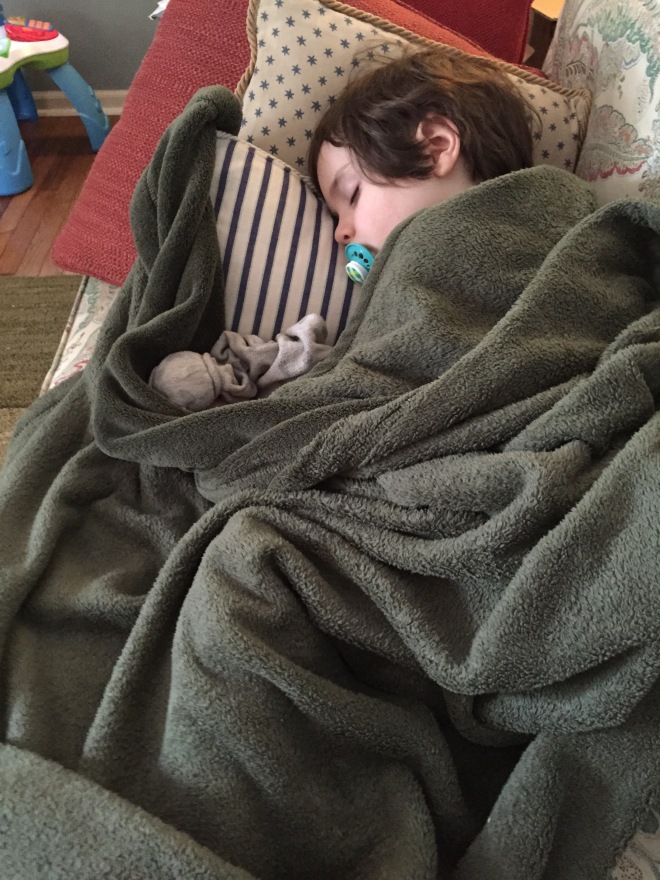 and then I get to sit here and listen as they talk and giggle and yell at each other to go to sleep and so on.  But its okay because I know eventually they will go. to. sleep.  We had such a wonderfully quiet day today!  No playing with anyone else (WHOOT!) or even leaving the house…we watched the snow fall and made art.  We worked on our Kiwi Crate in the afternoon.  L came up with this: 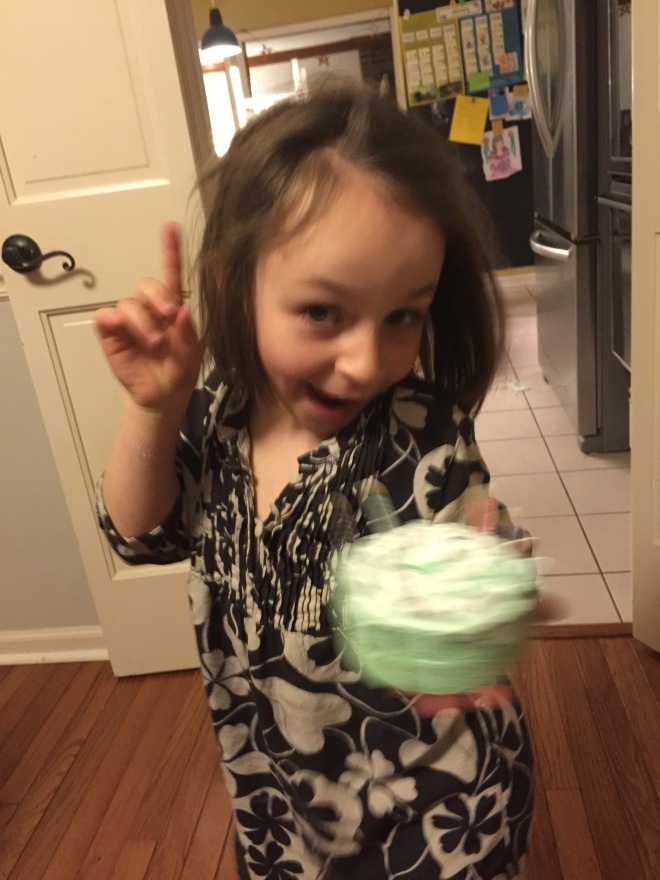 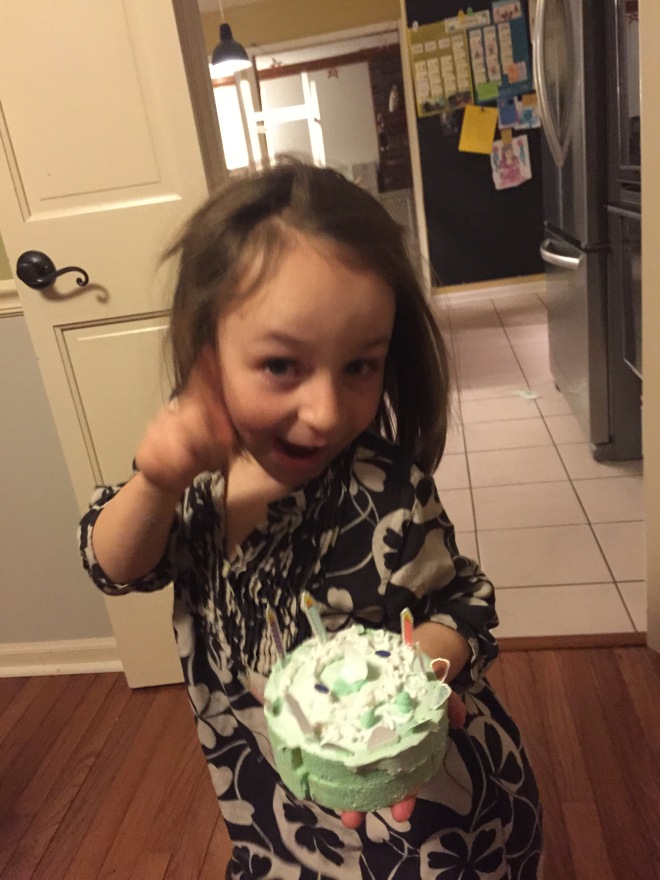 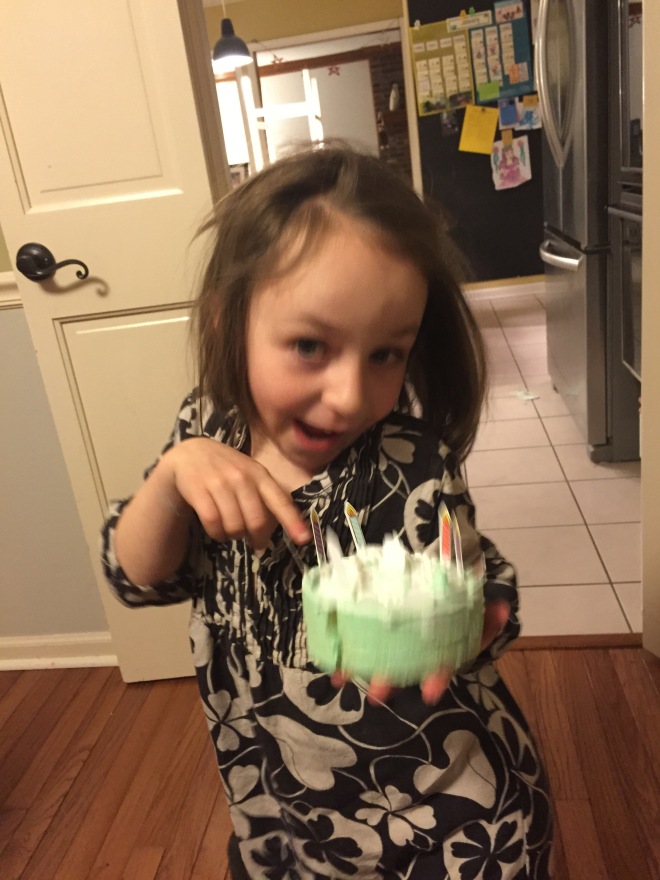 It was a baking kit this month so they crafted little cakes with sponges and clay and decorated chef hats and aprons.  Here’s a look at O’s post-nap cake: 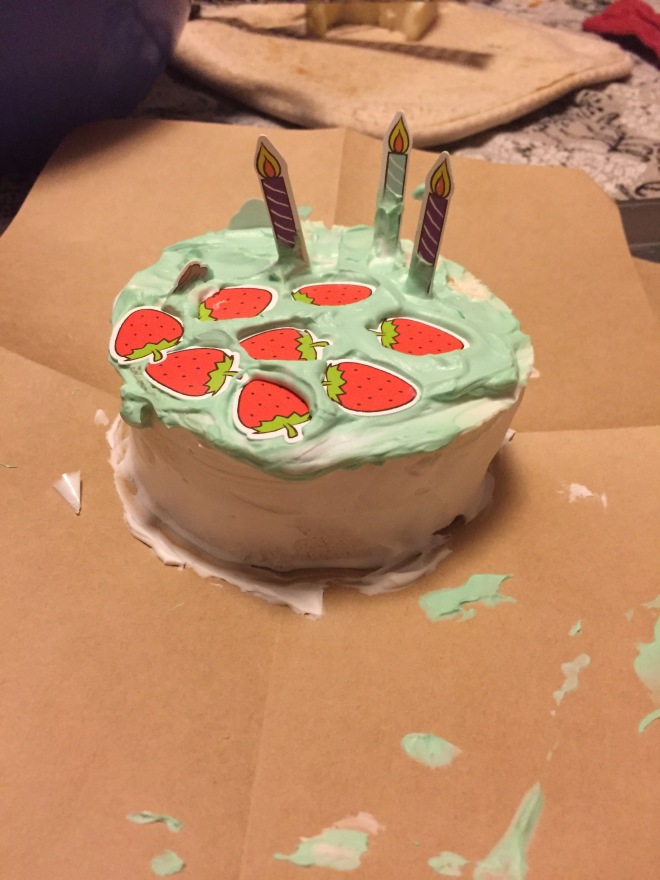 I share only because I think this inspired L’s conversation as we snuggled.  She told me she noticed all the white space above O’s bed…she was talking about the ceiling.  Well, she also thought that it would really look great if she could maybe add some paint.  Maybe make a cut-out to help her decorate {which I explained she was probably talking about a stencil}.  Or maybe she would just use some crayons up there.  {ahem.  no.  a gentle no.}  But then she was thinking it would be really awesome to start a company called Super Art and she would make paint and stencils and also art shirts–that I would sew.  O crawled down to join in and listen.  So we have decided to make a plan because she would like this company to begin in the summer, somewhere around the 21st (of which month, I’m not sure.  She only said the 21st).  We need to make some paints out of blueberries and some other kinds of berries.  And there will be a catalog as well as a store.  We also need to take a trip to an art store to price out similar items {her idea} and check out what stencils are made of {my contribution}.  She has the entrepreneurial spirit…even if she won’t get out to sell Girl Scout Cookies :-).

Oh, and then we would be rich and she could probably get that set of play shoes and earrings she saw at the toy store {at Christmastime} which I told her we were not going to buy.