That’s what I call freakish luck or a wake up call or just a lucky day!

Happy Birthday, Sam!  We were such babies back when we celebrated your 29th birthday together…the first of many.  Did we know that back then?  I think we did or else we just haphazardly ran toward the other one without a care or a clue.  Whoa.  What a life with you, my love.  May this 41st year be one filled with lots of love and lots of laughs and all those things from which memories {good and bad} are made! xoxo coco

When I woke and groggily passed by the window, the moon looked so big and orange that I noticed even in my sleepy state.  Oreos are in the house so I thought I would share what I observed overnight and maybe sneak in a lesson on moon phases. Will they remember that the moon is moving towards the new moon phase?  Likely not. Will they remember nibbling cookies to try and show the phases and having fun?  Definitely yes. 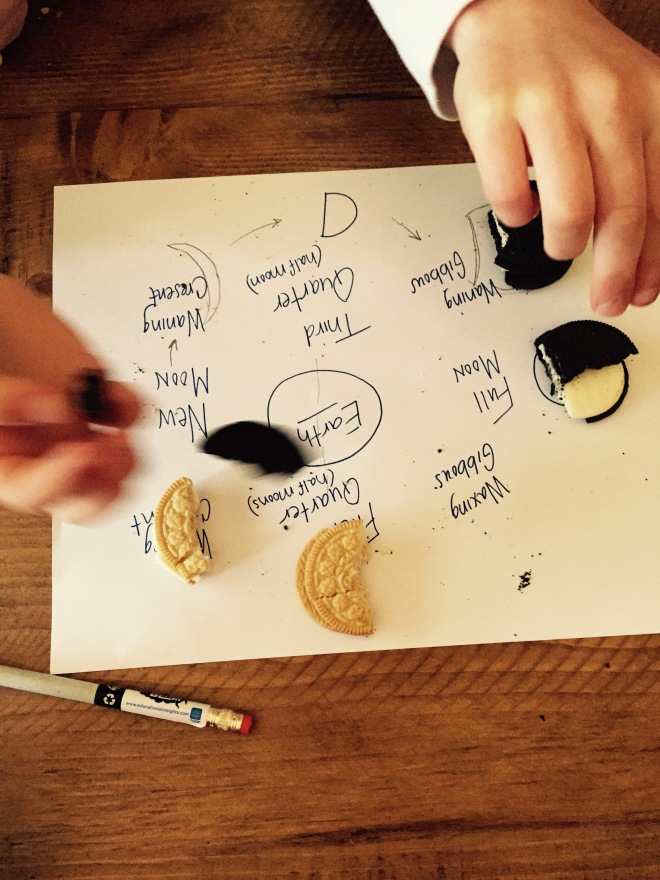 I am squarely in GenX but this made me think back on all those days in the library or gifted class trying to get to the new settlement.

YOU HAVE DIED OF DYSENTERY

If you can distinctly recall the excitement of walking into your weekly computer lab session and seeing a room full of Apple 2Es displaying the start screen of Oregon Trail, you’re a member of this nameless generation, my friend.

We were the first group of kids who grew up with household computers, but still novel enough to elicit confusion and wonder.  Gen X individuals were already fully-formed teens or young adults when computers became mainstream, and Millennials can’t even remember a time before computers.

But, when we first placed our sticky little fingers on a primitive Mac, we were elementary school kids whose brains were curious sponges.  We learned how to use these impressive machines at a time when average middle class families were just starting to be able to afford to buy their own massive desktops.

This made us the first children to grow up figuring it out, as opposed to having an innate understanding of new technology the way Millennials did, or feeling slightly alienated from it the way Gen X did.

The Oregon Trail Generation: Life Before and After Mainstream Tech

I’ve been thinking about this a lot recently; I am pretty steeped in homeschool culture after nearly a school year of doing it (what??  how did that happen??).  As I begin to think about the next school year, specifically, and in general what I would like to pass along to our kids, I find myself in a conundrum, of sorts.  Or maybe not a conundrum but more of a constant evolution of deciding where to draw the line when raising little people.

I’ve noticed something this year as we have journeyed together; I am really comfortable explaining and exploring other cultures and religion with the kids but not comfortable at all when it comes to my own religion.   Let’ me give you an example.  Yesterday, Lily asked to download two different songs from her ballet class.  One was a Jewish song that starts slow and ends on a frantically fast beat.  The other is Jesus Loves Me by some contemporary singer.  Both are fun to dance to.  The Jesus Loves Me is a sweet song.  But I was much more comfortable with Heini Ma Tov, the Jewish children’s song.  What is that about?  I don’t know if I have an answer.  Perhaps it is what I have felt about church since I was a teenager; that it seems like such a private thing, religion, but modern evangelists have made it so public and demonstrative (and not in a love your neighbor way, either, in my opinion).  I feel caught between culture and religion.  The kids are getting older and asking questions and brushing up against the larger world.  I think that is awesome in so many ways.  On the other hand, it feels sometimes that our culture puts so much on display and is so “in your face” that there is no protection for our littlest people.  Right now the kids are young and complacent enough to follow our rules about watching and I can leave them alone with a show on without worrying that they will go exploring and find something inappropriate.  But Sam and I watch plenty of things that I wouldn’t want them to stumble across.  As Lily really gets into music, I feel the same way.  I love music-all kinds.  But I don’t love a lot of the sentiments of most songs.  I want them to be filled up with fun, bubbly, positive songs and that is hard to come by.  We just started using YouTube this week for some lessons.  To no one’s surprise, I hardly ever go on YT…but there are great resources there for school  But there’s also so much CRAP.  I don’t want to over-protect these kids, I think Sam and I agree, we want them to have a wide open world to explore.  My conundrum is how to support that and allow enough freedom with guidance and balance that with my annoyance at having to preview or be on top of all the media they ingest to make sure it is appropriate to their age and tenderness.

Which leads back to religion.  I quit going to church around fall…when I volunteered, foolishly, to do nursery once a month.  I have finally stepped down from that but would like to introduce the world of religion in a “seeking” environment but one that allows for other worldviews.

I have not solved this here…maybe I won’t ever.  It feels good to get it out and for the kids eventually to know that I don’t know it all.  And maybe it is so jumbled that it doesn’t make sense.  I can come back and clean it up later if that is the case.  For now, sorry about missing yesterday; another case of it not even being on my radar.  Batman birthday party at night and getting everyone in bed… 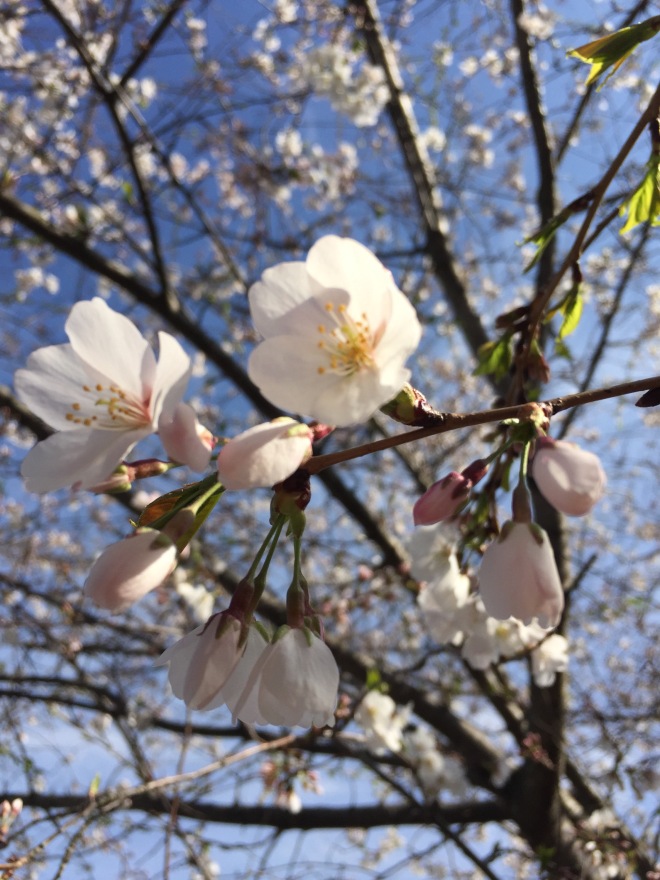 Just last week my walks were sunny and warm. All of a sudden it is snowing again. Boo!

Wednesdays are busy, busy, busy around here with swimming lessons and play place time.  Add to that the need to buy shoes and get haircuts and it all adds up to a lot of action.  Go-go-go.  Maybe that’s why I only needed 25 minutes of a quiet drive, 10 minutes of that time alone, to re-group an re-charge.  Right in the middle of all the running, it was surprisingly peaceful and additude-adjusting.   Only needed a short breather!

Out of the blue in our conversation over putting on pajamas, Ollie to me he loved me…in French.  He crawled up in my lap and said it again, “Je t’aime, Momma.” and gave me a kiss.  This is the kid who teases me by wiping off every one of the kisses I try to give him.  We ran in to tell Dada how to say kiss or hug in French and then Ollie told me a secret.  At the Mother’s Day presentation everyone has to share something about their mom and he is going to share, “My mom is hardworking.”  I felt the tears well up when he said that.  A little validation goes a long way with me and what an unexpected, heart-touching way to get it.